Her Big Fat Greek Come Back 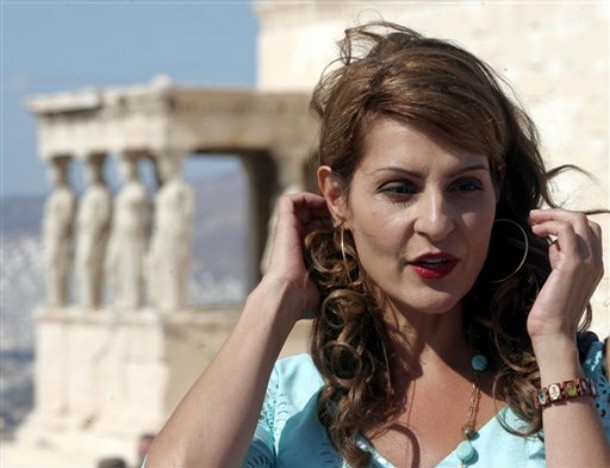 Going from average to stardom in today’s world can be hard to do. But Nia Vardalos is living proof of success with her Oscar-nominated movie, “My Big Fat Greek Wedding.” Her charismatic personality was loved in this film as many people could relate to her wacky family.
But after an unfortunate failure with the TV-sitcom “My Big Fat Greek Life,” Vardalos’ career took a spin for the worst. In an attempt to make a big come back, Vardalos will make her directorial debut with a light-hearted romantic comedy, “I hate Valentine’s Day”. In the movie she is also starring as a laid-back florist who will once again co-star and charm John Corbett, a single and romantically challenged restaurant owner. But don’t expect a sappy love story for this duo. The movie focuses on a relationship-less scenario in which dating is as far as it will go, at least for the first half of the film. According to variety production will start June 23rd.
And just when you thought you couldn’t get enough, the Greek-Canadian star has “My Life in Ruins” coming out soon. In this movie, Vardalos holds true to her comical and sexy personality as a heartbroken, newly divorced American woman who moves to Greece on a whim to be a tour guide. She unexpectedly finds that these tourists could care less about history. With some gentle coaching from fellow co-workers, she discovers how to have fun, and of course a little romance. And for the first time in over 20 years, Greek authorities allowed filmmakers to shoot this film at the Acropolis. The movie premiere is set for this summer (maybe August) in Greece (official release date has not been announced yet).

The story of how locals at the Greek island of Erikousa joined forces to save a family of Jews from certain death in the Holocaust.
Ancient Greece