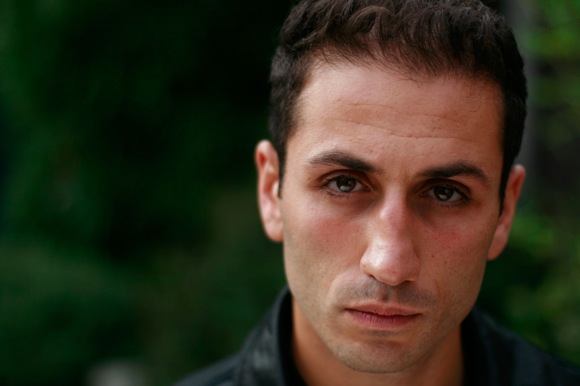 He is the only Greek (Greek Cypriot actually) that was casted in Mamma Mia!, the movie which will premiere this summer. The Gardener to Donna (played by Meryl Streep), George Georgiou still lives in London, but he is getting ready to come to Hollywood and “get his career off the ground”…

How did you start acting?

I started at school (English school) in the school play. I auditioned for the part of Bugsy in Bugsy Malone which I desperately wanted. It got down to me and another boy and I lost out. They offered me a smaller role but even at the age of 15 I knew I was worth more so I said NO. A week later the drama teacher approached me and said the other boy’s parents won’t let him play the part so it’s yours if you want it. Of course I said I’d consider it but by lunch time it was mine. It all went from there. I then went to Drama school at the age of 19 while working in my fathers Greek Deli in North London that I grew up above. I hated it to be honest. I was very shy. Working in the Deli I mean…

Where do you live?

I live in London but am planning on moving out to LA by the end of the year as I feel I need to be there for my career to really expand. In London casting is so narrow minded. I’m forever playing the ‘foreigner’ with a dogey accent – I would hope that isn’t the case in LA.

How did you get the role in Mamma Mia and what is it?

I had three auditions in London. I was very lucky to get an audition as on the day somebody cancelled so I was squeezed in at the last minute. I play Panos – the Gardener to Donna – played by Meryl Streep. I form part of a Greek Chorus with another 4 guys (me being the only Greek!). We sing, we dance and sometimes act but most of all just have a lot of fun.

How was shooting with Streep and Brosnan?

They were great to work with. Meryl makes you feel like you are at home playing charades with your favourite aunt. She is so generous and kind. Pierce is such a laugh – keeps it light and fun. I have met Pierce before briefly as we trained at the same Drama School – The Drama Centre – so we had lots to talk about – and drink about!

What other things are you doing now ?

Since filming finished I have been working in theatre. I have just opened in a play called ‘CHICKEN’ that is a transfer from Michael Imperlioni’s theatre in New York. He played my part in the 2007 production – it’s a great play. It’s part of a new company set up by director Sam Neophytou to promote work from people with ethnic backgrounds www.innercityproductions.co.uk.

Have any new roles/projects for the near future?

I shot a pilot for a TV series which is currently being considered for BBC1 staring Marina Sertis (Star Trek, Crash etc) – She’s awesome to work with too. That centres around Greeks living in London. We hope to shoot a second episode over the coming months.

Do you go to Greece often?

My parents are from Cyprus so I go back there a lot. But I also love the Greek Islands. We filmed Mamma Mia in Skopelos and Skianthos so I had the opportunity to travel around the islands more. One day I plan to have a base there.

Do you speak Greek?

Where did you grow up?

I grew up in Tufnell Park – North London. I went to Greek school each Saturday till the age of 16. I really have to try my best to keep my Greek up though, as not living with my parents makes it harder to do that. I must make more of a conscious effort. When I’m in Cyprus it all comes back very quickly.

What are your plans/dreams for your future career?

I’m working on my Visa at the moment in order to get to LA. I also write both plays and films so producing is definitely on the cards but at the moment my focus is getting my career off the ground in LA – getting an agent and manager over there. It’s a very different way of working to the business in London.

Kalymnos Island in Strict Lockdown as Cases Rise Across Greece