Greek… “Sex and the City” 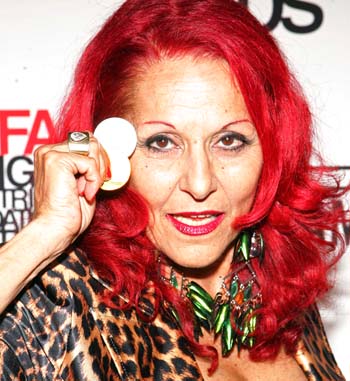 “Sex and the City: The Movie” ruled at the box office this past weekend, drawing in over $55 million, about $10 million more than the next highest grossing movie, “Indiana Jones.” A prominent feature of the show, and of course the movie, is the extravagant fashion selections the main characters wear. This is all thanks to Greek stylist and fashion designer Patricia Field.
Patricia Field was born to Greek and Armenian parents and raised in New York City. Her professional fashion career took off during the 1960s, when she opened up her first boutique, the House of Field. She became well known on the New York fashion circuit and ventured into television and film design starting in the late 1980s.
Field met Sarah Jessica Parker, the star of “Sex and the City,” on the set of the 1995 film “Miami Rhapsody.” Parker liked Field as the costume designer enough that when “Sex and the City” began, Parker asked for Field to design a few outfits. She later became the show’s costume designer, dressing all of the characters in the newest fashions.
Her work on “Sex and the City” was a great success. In her six years with the show, she was nominated for five Emmy Awards, winning one, and six Costume Designers Guild Awards, winning four.
Since her original run on “Sex and the City,” she has designed for television shows “Hope & Faith,” “Ugly Betty,” and “Cashmere Mafia.” Most notably, Field was the costume designer for the trend-setting movie “The Devil Wears Prada,” which earned her an Academy Award Nomination for best costume design. She is currently working on “Confessions of a Shopaholic,” a film starring Isla Fisher, due out in February 2009.
Throughout all her movie and television success, Field still maintains her fashion line, named after her original boutique, “The House of Field.” She sells these and other designs at her New York boutique, appropriately named Patricia Field, located at 302 Bowery.
Field has been designing for many years, and her continuing success has made her a household name in the fashion world. To see more of Patricia Field’s work, check out “Sex and the City: The Movie,” now in theatres or take a look at her boutique at www.patriciafield.com.

Greek shipowner Ioannis Angelicoussis died on Saturday at a central Athens hospital, where he was being treated after a heart attack.