From the latest ne 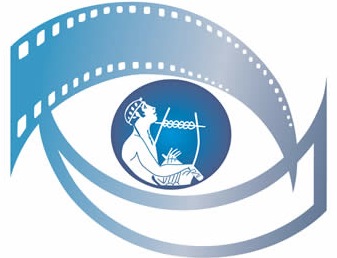 “The Los Angeles Greek Film Festival (LAGFF) kicks off June 25th at the Egyptian Theater this year with a first-time screening of a newly restored print of ZORBA THE GREEK directed by Michael Cacoyannis, courtesy of 20th Century Fox. Other highlights from this year’s Festival will include panel discussions, a screening of the feature film ALTER EGO, starring Greece’s well-known pop star and prized Eurovision finalist Sakis Rouvas in his debut performance as an actor, a Tribute Night Gala (to be announced on May 27), and the US premiere of the Closing Night film LITTLE GREEK GODFATHER which is based on a short story written by Nicholas Papandreaou, son of Andreas Papandreou, Greece’s former Prime Minister, and directed by Olga Malea.” Tickets go on sale May 30. Information: www.lagreekfilmfestival.org.

COMING AS A FRIEND (2006, 87 min, 35 mm, LA Premiere)
A love triangle unfolds, when a free-spirited thug interrupts the resigned life of a woman trapped in a passionless marriage. Director: Dora Masklavanou

FALSE ALARM (2006, 88 min, 35 mm, US Premiere)
A car alarm goes off in the night disturbing the tenants of an Athenian apartment building. They begin to cross paths in their restless quest for . . .peace.
Director: Katerina Evangelakou

HOLD ME (2006, 94 min, 35 mm, US Premiere)
A poetic exploration of love and loss, inspired by an internet network created by the filmmaker. Director: Lucia Rikaki

Closing: LITTLE GREEK GODFATHER (2007, 90 min, 35 mm, US Premiere)
The 12-year-old son of a prominent Greek politician is sent to a village in Crete in order to rally in support for his father by baptizing the baby of an influential family. Director: Olga Malea. Writers: Nicholas Papandreou & Olga Malea

PVC-1 (2007, 85 min, DIGIBETA, LA Premiere)
Set in Colombia and filmed as one continuous shot, the film follows the harrowing story of a mother who falls victim to criminals seeking ransom and is abandoned with an explosive device hooked around her neck. Director: Spiros Stathoulopoulos

SIRENS IN THE AEGEAN (2005, 111 min, 35 mm, LA Premiere)
When a group of young Greek soldiers guarding a small rock island in the Aegean have an unexpected encounter with a the passengers of a Turkish boat, friendship, love and a diplomatic episode seem unavoidable. Director: Nikos Perakis

UP WITH ME (2008, 76 min, DIGIBETA, LA Premiere)
When a boy from Spanish Harlem is invited to attend an all-white prep high school on scholarship, he encounters what he has tried all his life to avoid. Director: Greg Takudes

THE ASH THAT REMAINS (2008, 66 min, DIGIBETA , US Premiere)
A poetic lament on the devastation of the land and the people’s livelihood in the wildfires, Greece, summer 2007. Director: Nikos Kavoukidis

THE LOVERS FROM AXOS (2007, 80 min, DIGIBETA , US Premiere)
In the small Cretan village of Axos, the quiet days of George, 75, and Maria, 71, are filled with a rare and undying passion. Director: Nicos Ligouris

RESURFACE (2007, 60 min, DIGIBETA, US Premiere)
A tragic accident in the life of young Alexandros Taxildaris leaves him paralyzed waist-down but also gives him the will power to win at the Athens 2004 Special Olympics. Directors: Alexandre Papanicolaou and Emilie Yannoukou
NOTE: The film’s Directors are expected to be present at the film.

THE SECRET OF THE SNAKE GODDESS (2007, 52 min, DIGIBETA , US Premiere)
A fascinating portrait of Sir Arthur Evans unfolds as the discovery of a mysterious statuette compels archeologists to re-examine their assumptions about the ancient Minoan civilization. Directors: Christian Bauer and Nikos Dayandas

AUGUST 27, 2007 (2008, 11 min, DVD, World Premiere)
A Greek-American’s view of the fires that burned the homeland and her heart.
Director: Daphne Valentina

BACH & BOUZOUKI (2006, 34 min, DIGIBETA, US Premiere)
A girl is torn between family expectations and her desire to build her own future. Director: Angela Milonaki

THE CUP (2006, 8 min 35 mm, US Premiere)
A humoristic look at the maze of Greek bureaucracy. Director: Yiannis Bougioukas

FIRST LOVE (2007, 15 min, DIGIBETA, US Premiere)
A girl’s adventures in the discovery of sex and love. Director: Maritina Passari

THE CAVE: AN ADAPTATION OF PLATO’S ALLEGORY IN CLAY (2007, 3 min, DIGIBETA)
A clay-animation inspired by Plato’s representation of human life as shadows in a cave. Director: Michael Ramsey

LIEBESTOD-FOUR ACTS (2007, 15 min, DIGIBETA, US Premiere)
A non-narrative film about the four phases of a love affair. Director: Stathis Athanasiou

PASSAGE (2007, 22 min, 35 mm, US Premiere) A man is forced by circumstance to care for two mistrusting Albanian children in the snowy border areas of Greece. Director: Yannis Katsamboulas

MOOG (2008, 22 min, DIGIBETA, World Premiere)
An English school-boy is sent out of the classroom and is forgotten in the austere corridors of the school. Director: Haris Vafeiadis

SHOULDER FOR HIRE (2007, 24min. 35mm, US Premiere)
In a futuristic world, where people pay for sympathy, there is no room for human relationships. Director: Dimitris Emmanouilidis

SUMMER HOLIDAYS (2006, 18 min, 35 mm, US Premiere)
On their way back from vacation, a young couple is tormented by the pains of love. Director: Elina Psykou

SUNNY DAY (2007, 16min, 35mm, US Premiere)
In a working-class neighborhood of Athens, a cab driver takes it upon himself to persecute a petty thief. Director: Anthi Daountaki
TOWER BLOCK (2006, 38 min, 35 mm, LA Premiere)
Amidst the harsh reality of a working-class tower block in Germany, a young boy tries to escape his older brother’s tyranny by seeking refuge in the fantasy world of a heroin addict. Director: Nikias Chryssos
TRANSIT (2007, 27 min, 35 mm, US Premiere)
In a post-apocalyptic world, man turns into beast. Director: Yiannis Gaitanidis

THE TRAP (2007, 20 min, 35 mm)
A woman overcomes fear of the unknown and learns to “let go” in a series of strange circumstances Director: Rita Wilson

The four nominees for the festival’s New Vision Award for screenwriting.